Yesterday I remembered the Apostle when he said: “The despots ignore that the people, the sore mass, are the true Chief of the revolutions.” And so, the Cuban people will not cease in their struggle for self-determination and sovereignty!

That it hurt, it hurt. To the Government of Donald Trump, we gave another dose of respect and victory. The imperialists do not realize that they cannot with Cuba!

This November 6, during the 74th Session of the General Assembly of the United Nations, the report “Need to end the economic, commercial and financial blockade of the United States against Cuba” was presented, a document that describes how much this people laments of noble men and women that typical policy of a brutal administration and corrupted by the desire for domination.

Of course, once again at the UN, Cuba’s unanimous support was felt, during the votes against the genocidal US blockade, because nations feel, as much as we do, that the United States slows the development of a country that wants to follow its course, with its ideas and principles.

That is why in New York, the largest of the Antilles made it clear that she will not give up in defending a more equitable and democratic international order, while patenting through that report, the inalienable desire of our sister nations, of intellectuals , artists, politicians and millions of people who do believe in a prosperous and sustainable Cuba.

Today all Cubans are thinking as a country, but also acting as a country from our position as citizens, and one of our civic rights is precisely to ensure our independence, to maintain the great work of these almost 60 years. This is also reflected in the report. We will not give up on threats, economic fences or policies disguised as guarantees.

Let the neighbor in front of you be sure, that no one gives up here!

187 votes in favor, 3 against and 2 abstentions 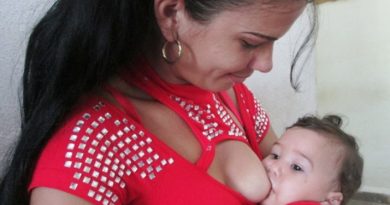 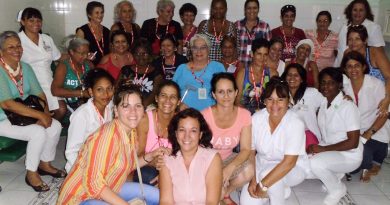 Praise to the project

It’s a matter of falling in love