In fact, an initiative is being carried out in Cuba, which consists in sterilizing the males of the Aedes aegypti mosquito in the pupa stage, applying ionizing irradiation.
Known as the sterile insect technique (TIE), it is effective in preventing males from copulating to give offspring, a great idea to reduce populations of this vector, responsible for the transmission of viruses that cause dengue, zika and chikungunya.

The initiative, which is part of the interregional project of the International Atomic Energy Agency, becomes, without a doubt, a tool to continue this permanent battle that we have been fighting for some time.

There is also talk of clothing with cutting-edge technology to protect against mosquitoes and work is being carried out on the development of vaccines against the aforementioned diseases, but can the scientific community involved in the matter eradicate that pest alone?

I share the idea of Dr. Antonio Herrera of the Health Department of Jaruco, who reiterates that “the mosquito lives with us and for us.”
And it is that the largest number of sources of the vector is generally found in residential areas, specifically in homes. In this municipality, for example, more than 3,600 homes were sprayed in the last ten days because cases of dengue are still reported.

Many operators claim that they have found larvae even in eggshells because it is known that any receptacle of water, however small, is a potential site for the spawning of the female.

So, what is fundamental in this “antiaedes” contest is to maintain as a habit, what we call autofocal in Cuba. Some people take care and worry too much about keeping the interior of their houses impeccable, but when you walk through their yards, carelessness, indolence and low risk perception are surprising.

Experts affirm that the Aedes can live between a week and a month, but that their longevity extends when they reside inside the house.

It has also been proven that eggs survive the harshest drought for months. It means that when you stop using a water reservoir, you should make sure to brush their inner walls to remove them completely; otherwise the eggs will be viable when you fill the container again.
In addition to controlling hygiene it is important to take other precautionary measures.

You should know that mosquitoes are more attracted to a hot body, dark clothes (mainly red and black), sweet and floral aromas of lotions and creams and even the bad smell of the feet, be careful with this because that area and calves are the most vulnerable to bites.
Knowledge is never left over, but action is the key to putting, BETWEEN ALL, the mosquito on the target.

The Heberferon against leather cancer is successfully applied in Mayabeque 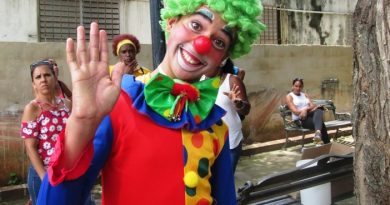 And where is my audience…? 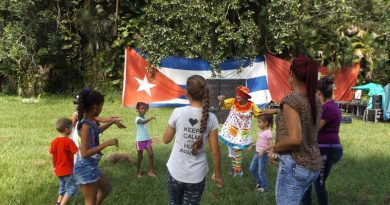